White tea is the most naturally processed tea – its name comes from the colour of the tips, which are the smallest and freshest leaves that have white “hairs” on them. The tea is processed very simply – the leaves are plucked from the tea plant and left to wilt on an open surface, and then short contact with heat (in the case of the Chinese “pan” method) stops oxidation.

The quality of the white tea is also judged by the ratio of tips to remaining leaves. The resulting colour of the dry white tea is a mix between light grey/white and black.

The infusions are generally lighter in colour, but the strength of flavour and aroma can definitely surprise – white tea is also the strongest in terms of antioxidants and also tein (the tea equivalent of caffeine).

Let’s take it from the ground up

Hot beverages, and especially tea, are indulged in daily by many people as part of their normal diet and fluid replenishment. While in the world, the term tea is always understood to mean a beverage containing the leaves of the Chinese tea plant, in our country, virtually all herbal decoctions that are consumed hot or iced fit into this category.

However, only a beverage that is based on the tea plant should be considered a true tea; the fact that it is flavored in some way, however, no longer plays a role.

There are three basic types of tea, namely black, green and white.

The differences between these types of tea lie not only in the color or taste, but also in the content of the body’s beneficial substances. So why brew white tea?

For a long time, white tea was a rarity in the country and you could only find it in specialised tea shops. Nowadays, however, you can enjoy it in various forms, from loose to bagged. And what makes it special?

Like black or green tea, which are generally known to the general public, white tea is made from the leaves of the tea tree.

The main difference (as between the other two) lies primarily in the characteristics of harvesting and then preparation. White tea is produced only from the young leaves (shoots and buds), which give it a very delicate sweet and full flavour. 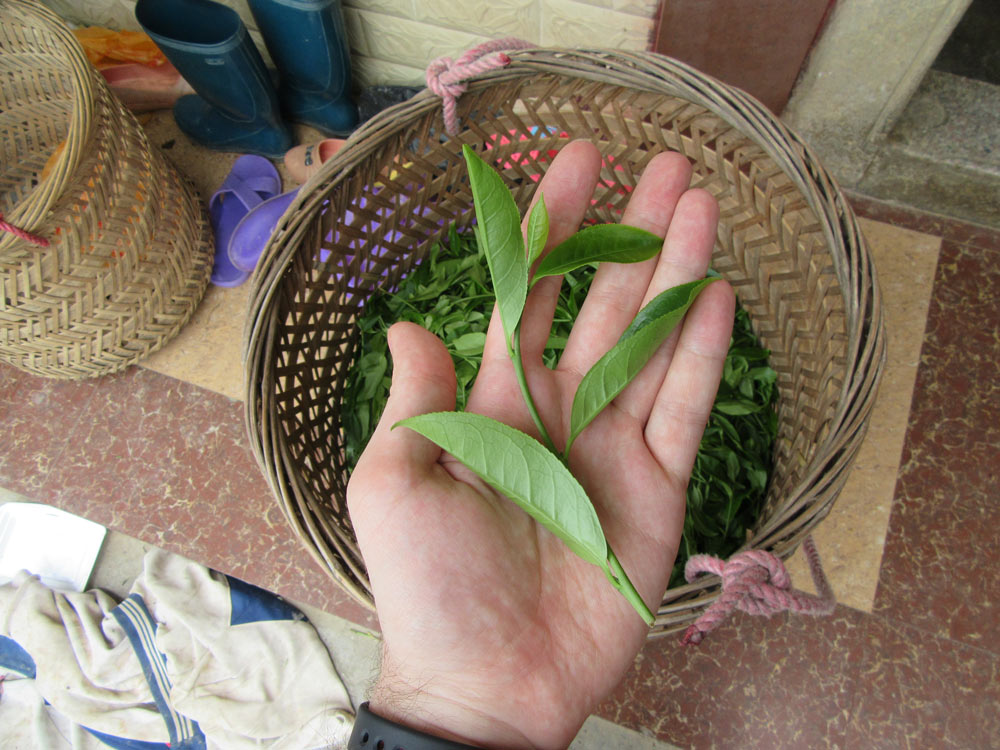 Unlike other teas, the processing process involves only gentle drying. It is the difficulty of production and the great taste it acquires that originally made it a tea for the esteemed Chinese nobility, but today its benefits can be enjoyed by all of us.

How to drink white tea

When preparing white tea, it is important to pay particular attention to the temperature of the water that is poured over it. As with green tea, the temperature should not exceed 80 °C. Tea should be prepared in a small teapot in the appropriate quantity – loose teas usually take one teaspoon for one small cup, while portioned teas have the exact quantity per bag indicated on the packaging.

The normal steeping time is between 3 and 5 minutes.

A shorter steeping time will usually not give the tea the intensity it needs; a longer steeping time could make the tea bitter. Like other types of tea, white tea is often made from several infusions.

This process serves to open up its flavours, usually the second and third infusions are the best (if loose tea is being prepared that is). The tea should be consumed while still warm or only slightly cooled so that the active ingredients it contains are well absorbed by the body.

White tea comes in several varieties, which are usually linked to the region in which it is grown and processed. The more unfamiliar ones include:

The original varieties of the tea tree from which white tea was prepared were referred to as Da Hao and Da Bai, but their character did not allow commercial processing.

Nowadays we can find many other varieties of white tea, including Darjeeling or various blends.

White tea blends usually contain a base ingredient from one of the listed varieties, which is enriched with herbs or parts of exotic plants or dried fruits.

You may also come across very interesting blends of white and green tea that stand out for their special taste and colour. Green and white tea can be mixed, mainly due to their similar properties and preparation methods.

Benefits of white tea for the human body

The substances contained in white tea are very beneficial for the human body – in addition to caffeine, which has stimulating effects and is found in optimally low quantities in this type of tea, you will also appreciate the other ingredients that are released during the infusion.

Like black or green tea, white tea contains a high proportion of antioxidants that help detoxify the body, i.e. rid it of pollutants with negative effects on its functioning.

Antioxidants are an important part of building immunity and overall body balance and help fight viruses and bacteria.